How Did The Popular Micro Scooter Come About?

Micro Kickboard manufacture some of the best kick scooters for adults as well as kids. What is their story and how was the company founded? Here is Micro Mobility Solutions (as they are known in their homeland of Switzerland) history.

Inspiration struck Wim Ouboter, the inventor of the kickboard one fateful night in 1997 while he was in Zurich. He says he was looking for a practical and convenient means of transport to his favorite diner. This is how he claims he got the idea for the micro scooter for the very first time. He says his diner was just too far to reach by a leisurely walk. While the tram system was unreliable during the evenings. He also couldn’t be bothered to resort to his bicycle that was stored in his home’s cellar.

As such, he wanted something which was lightweight and easy enough to get him to his destination. Once there, it also had to be stored away as easily as possible. Ouboter, who was born in Switzerland, first came across stumpy “4-wheelers” that were made in his father’s factory in South Carolina, where he worked during his youth. Fifteen years later when he moved back to Switzerland, he began developing a lighter and more practical variant. This was an adult scooter, even though the best known model right now is the kids mini-micro scooter.

Wim Ouboter lays no claim to the invention of the kick scooter as they have been around for many years. However, he became inventive because during his childhood he had to struggle with dyslexia which took a toll on his formal education. He also picked up hands-on experience in mechanics and engineering while helping his father in his USA factory. He later went on to take a business course at Boston University before heading back to Switzerland.

Once there, he initially worked in the banking sector, prior to founding his first startup which was a mechanical parts distributor. He still pursued the scooter as a hobby.  He readily admits that he lacks any formal engineering or technical training. Despite this, he continued working with wheel sizes, wheel bases and scooter decks for his first prototype. Ouboter asserts that he 'put a few things together’, and enlisted the assistance of a welder. At the same time, he decided to capitalize on the robust, but low-friction and absorbent plastics that were being produced for in-line skate wheels.

This innovator says he tried to keep costs as low as possible while still maintaining the income from his first business. When he developed the kickboard, his initial intention was to sell the idea to the Swatch Group. This renowned Swiss watchmaker was venturing into urban mobility solutions through the Swatchmobile, a smart car. However, Swatch wasn’t interested, but Ouboter still persisted with his dream. The turnaround came in 1998 when the US sports goods firm K2 took up the kickboard project. They agreed to take up its marketing under their brand name, but wanted Ouboter to continue to deal with the production.

Ouboter says that he lacked the financial clout to venture into manufacturing and to minimize costs, he would have to do it in Asia. To which end, he ultimately came to an agreement with a Taiwan firm that had production facilities in China. In this agreement, Ouboter agreed to share product distribution with him selling to K2, while his Asian partner handled the Asian market.

This kickboard arrangement with K2 provided Ouboter with the necessary foundation on which to proceed with the development of the micro scooter, which he went on to introduce at the Munich international sports fair. He also went on to found the Micro Mobility Systems company in 1998. At this particular time, the kickboard was selling well, but regular scooter’s sales were just beating them. Fun, fairly affordable and very practical, it rapidly became a craze. At the peak of its popularity, Micro Mobility Systems was moving 80,000 units on a regular basis.

The Near Collapse of the Micro Scooter

Nevertheless, the immense popularity and the ease in which it could be manufactured gave rise to many copycats which decimated the business. One such imitator, went on to cause a serious accident when a user’s finger in the UK got stuck in a badly designed collapsing mechanism. 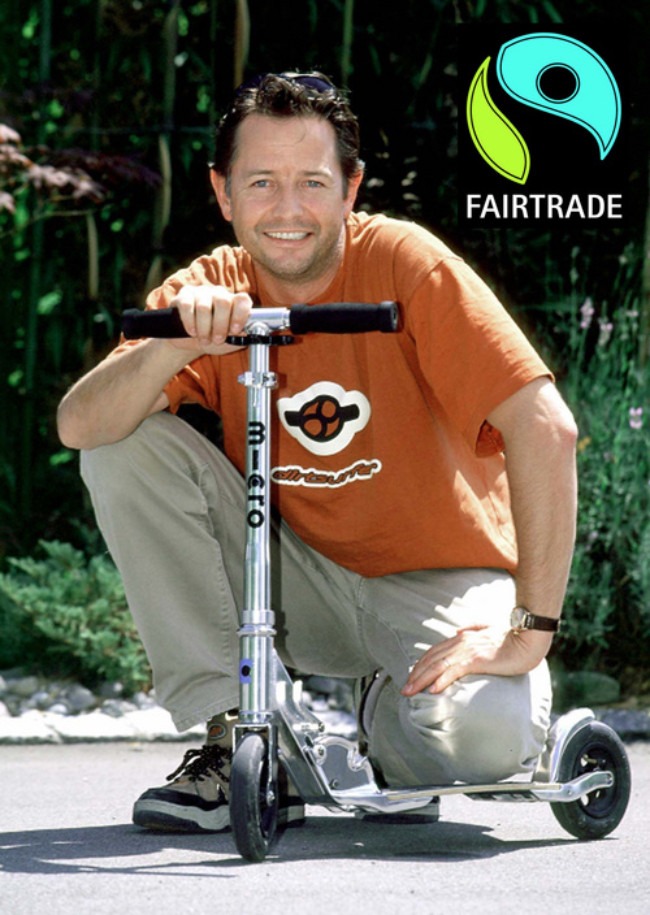 The authorities quickly went to work and banned the product in Germany, a major market for Ouboter and his company. These products were designated as toys rather than adult items as their handlebars were designed for children's use. Lacking the necessary safety certifications to counter this move, the industry rapidly collapsed.

Wim Ouboter soon found himself bombarded with a large number of lawsuits. Most of which were from retailers and distributors who couldn’t dispose their accumulated stocks. Even worse, K2 decided to opt for a cheaper supplier for the kickboard. Ouboter was by no means discouraged by this sad turn of events. In 2003, he offered Hans Peter Belliger, a youthful salesman in Micro Mobility Systems a 20% stake in the firm in exchange for him taking the role of C.E.O.

The Resurrection of the Micro Scooter

By 2005 Ouboter had managed to redesign his products’ safety standards. Additionally, the turnover and morale of his company was given a boost by landing a lucrative contract for supplying the Swiss army with trolleys. In the long run, demand for the micro scooter started to gain momentum. Ouboter found a new manufacturer, and negotiated for an infinitely more flexible contract, which allowed small production runs. He also started diversifying his products by altering the features of the scooter and the kickboard. Constant innovation, meant that he could always be a step ahead of the cheap competition.

Micro Mobility Systems has its headquarters in the village of Kusnacht outside the city of Zurich, Switzerland. It currently registers annual sales in the range of the lower double digit millions of Swiss Francs. Everything is still been outsourced as much as possible. Ouboter says on this particular issue, that all the company focuses on is product development, marketing and channeling orders from distributors. Germany, Austria and Switzerland are the company’s biggest markets, well ahead of the US, UK and Australia. Kickboard USA happens to be a franchise of the Micro Mobility Systems, that caters for the north American market.

Micro Scooters released this really nice pdf press release which explains their whole story in their own words: 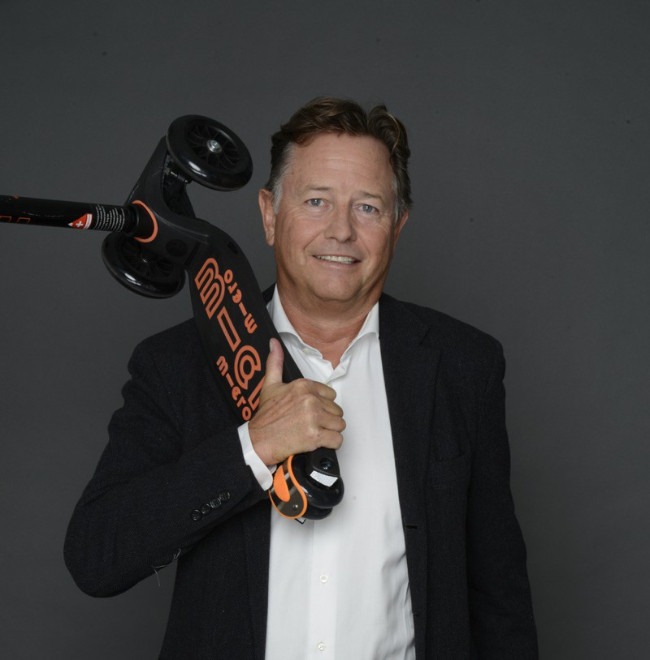 Micro Mobility Systems range of products has also significantly expanded. Some of the new products it markets includes mini micro, micro luggage, e-micro, micro-pedalflow to name but a few. It has also worked with brands like Peugeot, SuitSupply and Vibram.

Presently, it is working on the microlina, a small bubble car that has been designed for urban mobility. It was first introduced this year at the Geneva motor show, and is expected to hit the market at the end of 2017.

You can see the full range here of Micro Scooter for kids and we have reviews of the Micro Flex Adult Kick Scooter among others.

Permalink Submitted by Simon Kemp on Mon, 09/05/2016 - 11:07am
Rate this article!:
5
Your rating: 5
Micro Mobility Systems Ltd and Wim Ouboter created the Micro Scooter which is a landmark and innovative product

My kids love these micro

Permalink Submitted by Josh on Fri, 20/05/2016 - 10:17am
Rate this article!:
5
Your rating: 5
My kids love these micro-scooters with the 2 wheels at the front. We have found them to be extremely durable and have a great re-sale value on eBay!

Is The Reddie Adult Electric Scooter As Good As It Looks?

Is The Energy Efficient EcoReco M5 e-Scooter Worth The Price Tag?

How Good Is The eMicro One Electric Scooter?

Is The E-twow S2 Booster the Most Advanced Electric Scooter?