How To Remove Rust From Chrome Bikes And Kick Scooters 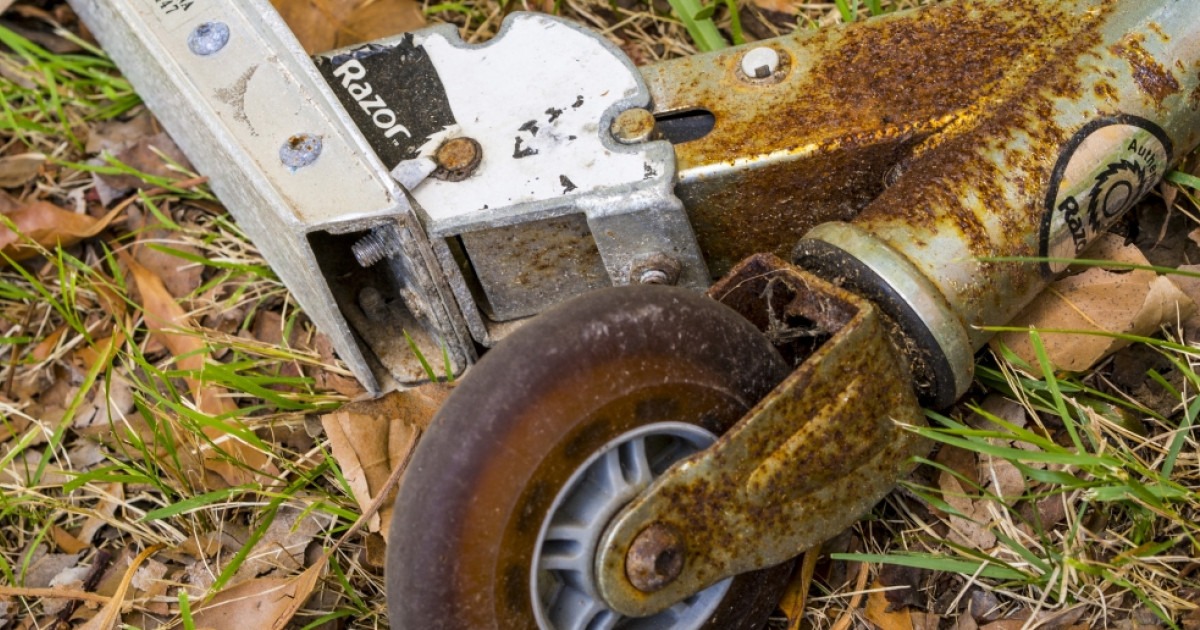 Even the best of kick scooters are not immune to rust, simply because they are made of steel. Steel, water and oxygen create rust. Period! Never fear, something can always be done about removing even the worst of rust-covered ride-on's. So what can we do about removing this ugly brown layer of metal rot? Read on to find out the best tried and tested ways of removing rust from metal and chrome plated steel.

As adults, we all know that you can't leave a kick scooter out in the rain! However, how many times have you asked your child to bring their bike inside from the bad weather? "It will rust" you say (from bitter experience). But of course, our darling kids will pay no heed to the best of warnings. Before long you have a kick scooter covered in rust or a bike that was once gleaming in chrome-plated glory that is now brown and flaky.

Now onto the good stuff to fix this grimy problem

Recommended Methods To Remove Rust From Metal and Chrome

Believe it or not, this kitchen staple is a handy tool when it comes to removing rust. Aluminum foil is something that everybody has around the house and doesn't cost a lot to buy. This method should only be used on light surface-rust and not steel parts that have deteriorated to the point where there are lots of holes in the surface. If the metal is pitted like a soccer pitch full of boot-marks, then move on to one of the other rust-removing methods below.

Take about a foot square of Aluminum foil and scrunch it up into a ball. Take the ball of foil and rub it with some pressure back and forth over the rust patch. You will find that the rust will slowly disappear without damaging or flaking the chrome. If the rust is stubborn, just use a little light oil on the foil (the same oil you would use to lubricate a bike chain).

- and voilà! The rust is gone. This method of removing rust can take a little time, but for light rust patches it really does work well and will restore your kids favorite kick scooter or bike to its former glory.

Next up is the humble kitchen scourer, the fabric or plastic type rather than the metal type. The steel type of wool scourer will scratch up your chrome scooter and reveal bare metal that will become home to new rust before long. So grab your non-metal kitchen scourer and let's eat that rusty chrome.

After removing the rust I recommend using a little metal polish for chrome parts on the surface. This will smooth over any light scratches in the chrome and provide a seal to repel water from accumulating on the surface in future.

Similar to the Aluminum foil method, the kitchen scourer method requires a little elbow grease but will be worth it. Especially for those lighter rust patches where the surface of the chrome is not pitted or full of holes.

Take the kitchen scourer and rub in circles on the rust patch using a little light lubricating oil to help shift the brown rot. Once the rust is gone just give the surface a wipe down. The oil you have rubbed in will help repel water in the future and the rust should stay away.

I would also recommend using some metal polish on the area after you have removed the light rust to ensure that the metal surface is restored to its brand new condition. An additional benefit of polishing the chrome to finish up is that new rust will take much, much longer to gain a foothold on your precious ride-on.

3. How To Remove Rust From Chromed Steel With Lime Or Lemon Juice

Have you noticed that standard kitchen items are useful in the war against rust?!

This next method uses a food item rather than a utility item from the kitchen, but nevertheless most home kitchen cupboards will have some lemon or lime juice lying around.

The citric acid in the juice reacts with the rust and allows it's quick and easy removal. The one downside with the lemon juice rust removal method is that the acid from the juice needs to be thoroghly rinsed off with water when you are done.

It is not my favorite method because of the rinsing required. However, I am listing it in this article about removing rust because it's still a valid way of getting the job done. Some of you may find that you get great results from it, so Lemon juice is worthy of inclusion.

Take a scouring pad as in method #2 above and apply some lemon or lime juice to the pad. Rub onto the rust patch in circles, allowing the juice to soak well into the rust itself. Do not let the area dry out while you are doing this as it's the acid and moisture that helps to shift the rust in this case.

Once the rust is removed, wipe the area down with a damp cloth to clean it.

Check that the rust is gone too your liking and then rinse thoroghly with clean water to remove any acidic residue from the metal. Finally, use some metal polish on the area as with the previous methods to seal the chrome again and make it shine like new.

4. How To Use Sandpaper To Remove Rust From Bikes and Scooters

The main question to ask here it "When should I use sandpaper to remove rust". My answer is to only use this very abrasive method when the rust is quite bad, and the chrome is already ruined.

Otherwise use the sandpaper method on non-chrome plated steel that will not polish to a shine or must be painted over instead. So to be clear, only use sandpaper on bad rust, avoid chrome surfaces and you will need to re-paint the metal after using the sandpaper.

The sandpaper method of removing rust works by stripping off layers of the chrome or metal. These layers will be gone, and so cannot be polished afterwards.

The surface will need to be protected, so you will need to use a matching color paint or varnish to seal the metal afterwards. Take some fine or medium grade sandpaper, depending on how bad or thick the rust appears to be.

Then sand the offending area until you reach bare metal

Ensure that you remove all of the rust and use a damp cloth at regular intervals to wipe down and inspect the metal. Once all of the rust and sanded rust powder is removed, give it a final clean. Once the metal surface is dry then repaint it as soon as you can to prevent further rust forming.

Leaving a bare steel surface for a short period overnight can see a layer of rust return and you will have to start the process again. Once you have painted or varnished your steel it should be back to its former glory and you can stand back and admire your work!

5. How to Use A Drill To Remove the Worst Cases Of Rust

Finally, we have the drilling method of removing rust. This method should only be used for the very worst of rust, in the cases where the rot has gone right through the metal and even sandpaper will not remove it.

Usually the rust will have gone inside the steel tubing of the scooter or bike and is no longer just surface rust. Use this drilling method in conjunction with the sandpaper method and you will have done a thorough job that will not require further attention when complete.

Take your drill and simply drill right through the worst patches of rust, drill out as much rust as you can ensuring that as little as possible falls into the frame tube itself. Once you have a nice hole where your rust used to be then use the sandpaper method above to prepare the surface for filling and painting.

As long as the holes are not too large you will be able to fill them with Spot Putty auto filler (For our UK readers, you guys call this Knifing Putty). The putty dries hard and the surface can be sanded down again ready for painting with your matching paint or lacquer varnish. Job done!

Now you can enjoy your favorite ride-on once again and gain some satisfaction from doing the job yourself. Better still buy yourself something special with the money you saved by not taking the ride into the repair shop.

You can buy the best selling rust removers on Amazon here:

I hope you found my guide to removing rust from bikes and scooters useful. If you have any of your own tips, please do not hesitate to leave me a comment below. Thanks for reading and don't forget to read my reviews of the best kick scooters for adults or if you prefer, the best of electric scooters!

If you do prefer to buy commercial rust-removal products instead of using these old-school methods then see below for some great related products. 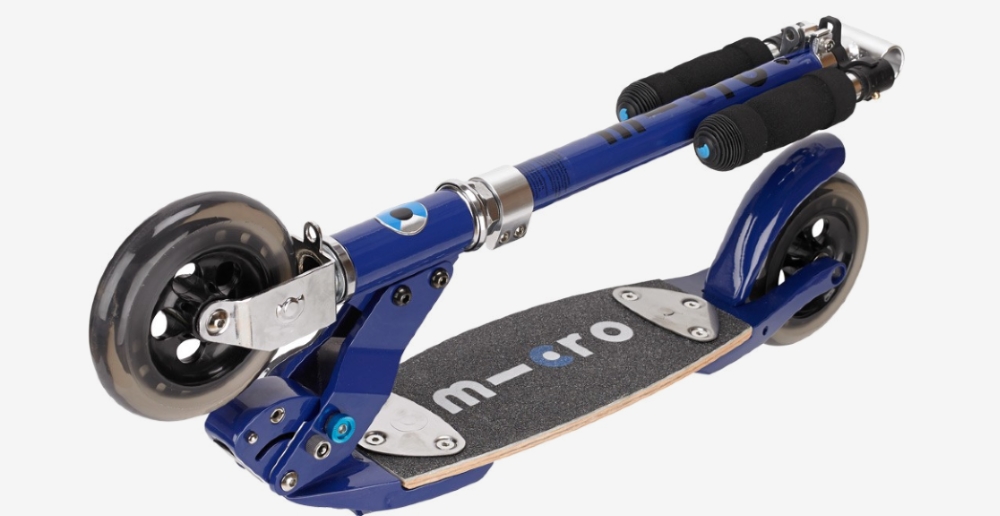 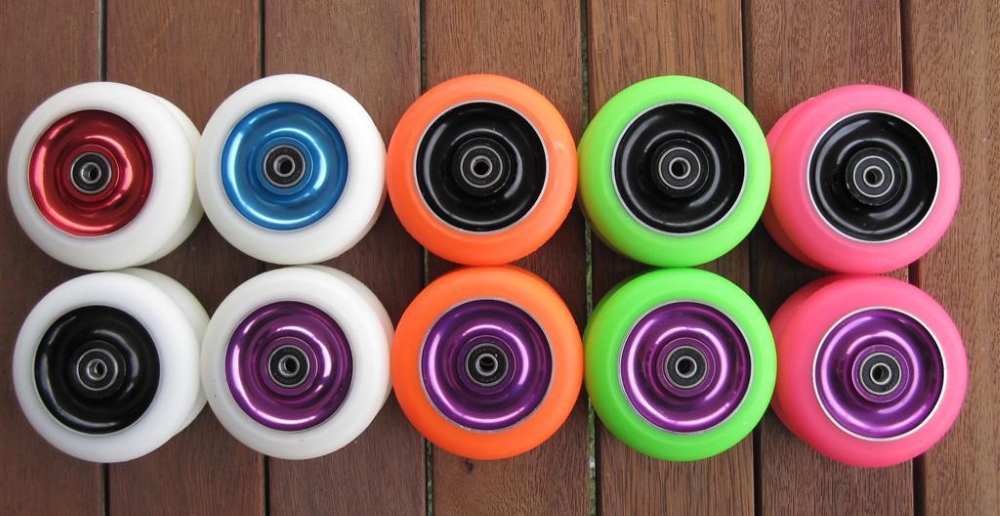 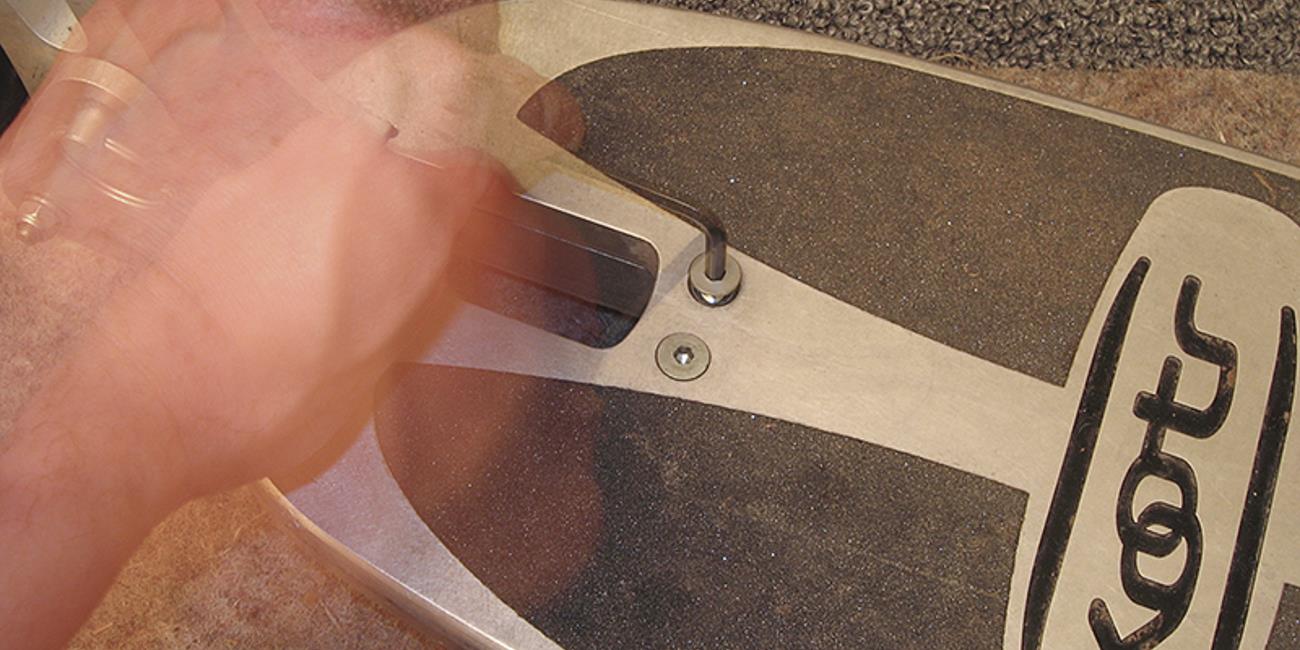