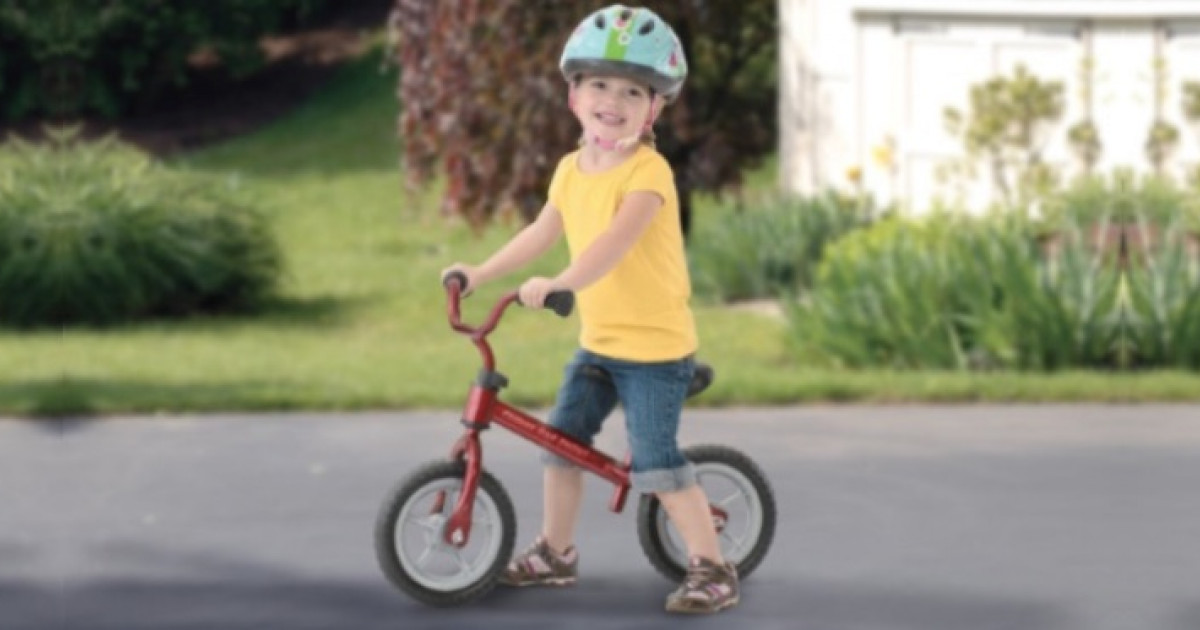 This Chicco was one of the first balance bikes on the market and does exactly what it says on the tin. It’s a simple metal frame that only weighs 2.5kg which, is very light in my experience.

It’s quite sturdy for a bike so light but the manufacturer does not recommend a child of more than 25kg use ite. This Chicco balance bike is clearly targeted toward the no frills market at the cheaper end of the spectrum and why not!

There is nothing fancy about this bike and it has been designed as a plain and simple yet tough ride-on.

It is very easy to assemble and should take no longer than 15 mins.

This is one of the first balance bikes on the market and does exactly what it says it will do!

My review of it has come about observing a friends child on it, examining the bike itself and asking questions.

It’s straightforward steel frame only weighs 2.5kg which is light for steel tubing, but it is a small bike so there is not much metal in it at all.

The Chicco Bullet is very ridgid but as Chicco does not recommend a child of more than 25kg use it, that probably means that a heavier 4 year old might be a little too large for this one.

No frills is the name of the game here and as it has been designed to utilise already existing manufactured components, nothing is customized which keeps the production costs down.

This balance bike is also clearly targeted toward the no frills market and why not!

It is very easy to assemble indeed because just the handlebars and the wheels need bolting into the frame. There are no fiddly brakes to deal with so it should take no longer than 15 mins to construct out of the box.

The seat is bog standard seat with nice thick cushioning, nothing fancy but perfectly rideable.

The lowest height setting is 34cm and goes up 44cm, the recommended age by the manufacturer is 3 to 5 year olds but I would say the perfect age is 2 to 3 as it is a small bike!

The tires are solid plastic tires but soft enough not to be uncomfortable for your child, they absorb little bumps comfortably and

you have the added bonus of not having to pump up tires that have gone flat!

That said I would avoid riding on concrete or pavements as that will wear out the tread on the tires very quickly.

This balance bike does not have any brakes but your kid will learn to stop with their feet and if you don’t take it out on busy roads and stick to parks and back yards they will be fine.

This picture shows typical use of a balance bike in the back yard although the child should really be wearing safety protective gear like a helmet and knee/elbow pads.

It has cushioned protectors on the handlebars that will protect both the handle bars and any furniture that the bike gets dropped on!

But more importantly the cushioned ends will not hurt your little one when they inevitably fall over trying to be Evil Kinevil.

The steering is not limited and the handle bars can turn 360 degrees so something to be aware of the first couple of times that they get on the bike as they will probably over steer the first few times and have a few falls. 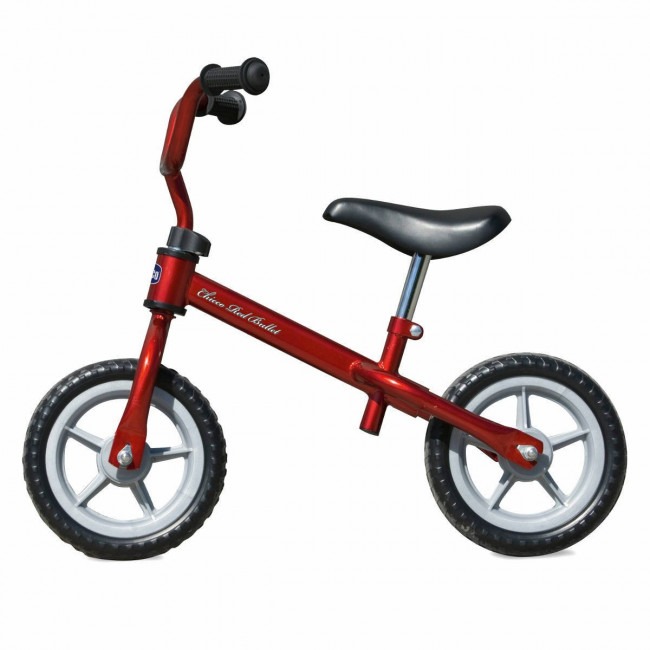 But that is all part of the learning process!

It is quite nicely styled and has an almost retro look about it so your child will not look like they are riding the cheapest balance bike on the block and it’s an honest product if you ask me, does exactly what it says it will do!

This balance bike will do if you are on a budget

Don't forget to also choose a helmet and protective gear if this is your first time buying a bike for a toddler. You will appreciate the extra expense as they will come off many times and learn from their adventures without getting hurt.

You can accessorise it with a little imagination but based on little Charlie, he did not care one bit and as far as he was concerned this was the coolest balance bike in the world!

You can read other balance bike reviews on this site to help ypu compare and choose the right one.

Is It Worth Paying Less For The Stompee Balance Bike?

Strider 12 Pro Is The Only All Aluminum Lightweight Balance Bike